Sirius Science Fiction kicks off 2020 with this cautionary tale about aging and lifespans set in the near future. 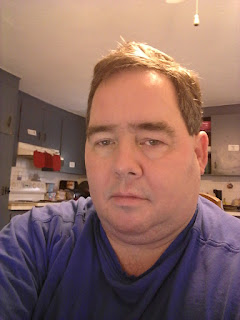 Mike Murphy has had over 150 audio plays produced in the U.S. and overseas. He’s won a Columbine Award and a dozen Moondance International Film Festival awards in their TV pilot, audio play, short screenplay, and short story categories.

His prose work has appeared in several magazines and anthologies. In 2015, his script “The Candy Man” was produced as a short film under the title DARK CHOCOLATE. In 2013, he won the inaugural Marion Thauer Brown Audio Drama Scriptwriting Competition.

Mike keeps a blog at audioauthor.blogspot.com.
at January 25, 2020 No comments:

Sirius Science Fiction is an on-line web site dedicated to publishing original speculative fiction - science fiction, fantasy, alternate history and horror. We like stories with a sense of wonder and excitement.
In a time when mainstream speculative fiction has been overrun by political correctness and identity politics, we offer a venue free of pretension and ideological litmus tests. We read the story free of preconceptions, and we do not ask for a biography from an author until and unless their story is accepted.
Sirius Science Fiction publishes one original short story a week, plus occasional reprints. Original stories are posted every Friday.

$25 for each original story upon publication.
Payment is by PayPal.