The Drifter and Mr. Cronkite By F.M. Scott

Editor's Introduction: This week, Sirius Science Fiction brings you an alternate history (actually a secret history) set in Oklahoma in 1937. The story places the future CBS news legend Walter Cronkite in an encounter with an unhinged drifter on the streets of Oklahoma City (where he did an actual stint on WKY radio). The encounter escalates in a frightening way, shaking the young reporter--and foreshadowing a pivotal event in his future. Our original story this week is about...


The Drifter and Mr. Cronkite
By F.M. Scott 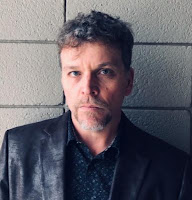 About the Author: F.M. Scott is from Tulsa, Oklahoma, where he lives and writes.  His work has appeared in The Horror Tree, The Tulsa Voice,  The Rock N' Roll Horror Zine.  He has several works forthcoming.  He supports his fiction habit by writing grants and providing public relations for Crossroads Clubhouse, a nonprofit serving adults with mental illness
at October 11, 2019

Sirius Science Fiction is an on-line web site dedicated to publishing original speculative fiction - science fiction, fantasy, alternate history and horror. We like stories with a sense of wonder and excitement.
In a time when mainstream speculative fiction has been overrun by political correctness and identity politics, we offer a venue free of pretension and ideological litmus tests. We read the story free of preconceptions, and we do not ask for a biography from an author until and unless their story is accepted.
Sirius Science Fiction publishes one original short story a week, plus occasional reprints. Original stories are posted every Friday.

$25 for each original story upon publication.
Payment is by PayPal.